All flowering, sexually reproducing plant species - and therefore all species that gain something from flowering plant species - rely on pollination to survive and thrive in their environment. One might think that the disappearance of bees isn't too big of a deal because there are other pollinators out there, that the only aspect of our lives that would be affected is the sudden drop in honey sales. Yes, there are other pollinators, but the truth of the matter is that they are also in decline, all around the world. Furthermore, honeybees are our most vital creatures for pollination; one-third of all of the foods we eat depend on their pollination process in one way or another for us to be able to eat them. (Midwest Pollinator Conservation, n.d.)
A bee's primary concern is not actually to pollinate a flower; rather, it is a by-product of their main goal, sucking up the nectar of a flower. When a bee visits a flowering plant to gather its nectar for food, the pollen from the flower actually gets tangled in the small hairs along the bee's body. While still foraging for food, the bee will fly to another flower, causing some of the pollen on its body to fall onto this new plant flower. If the species of both plants is the same, they can reproduce to produce whatever it was the plant was meant to grow, such as a fruit or vegetable. This cross-pollination provides plants with genetic diversity, allowing them to survive better should a disease come (because some genes may be resistant to the virus or bacteria) and possibly creating a better version of the plant in general. 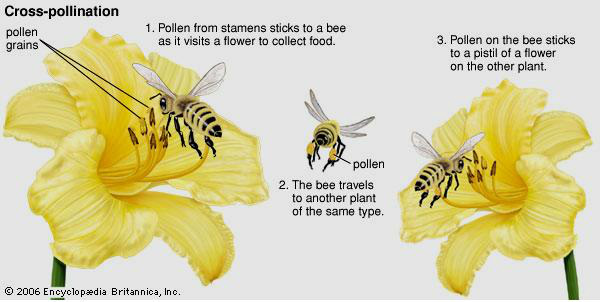 Now, imagine a world without honeybees. From the start, it means a huge decrease in the amount of plants being pollinated (remember, one-third of our food supply!). Without pollination, a plant would lose its ability to reproduce, and its flowers would wither away without producing any fruit. If there was still pollination occurring, the levels would be very low; this could result in reduced yields of crops, slower maturing or smaller fruits, and especially an increase in disease. Should pollination stop occurring altogether, flowering plants would eventually cease to exist, and all of the animals they support would eventually disappear. Taking bees out of the circle of life is like removing the foundation of a thousand-storey building; the building wouldn't be able to stand, much less be able to hold people in it. 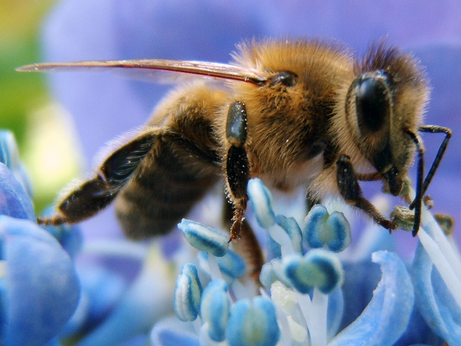 And it isn't even just the environment being affected. In the winter of 2006-2007, more than 25 percent of America's 2.4 million bee colonies - tens of billions of bees - disappeared due to Colony Collapse Disorder. A loss of this magnitude was projected to have an $8 billion to $12 billion effect on America's agricultural economy, putting a lot of beekeepers out of business and a lot of money down the drain. (PBS, 2008) As for Canada, the value of bee pollination to Canadian agriculture is estimated at around $1 billion annually. There are around 10 000 beekeepers in Canada, operating a total of 600 000 bee colonies. With the CCD phenomenon in Winter 2007, 23-76 000 hives were lost, representing a setback of about $5 million. (Pollination Canada, 2008) 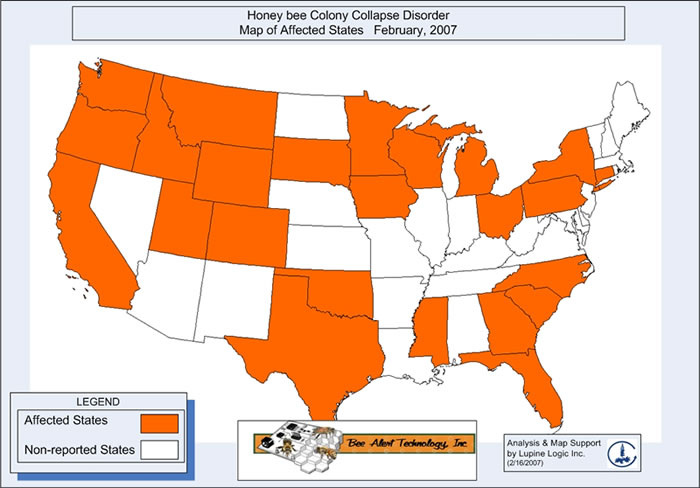